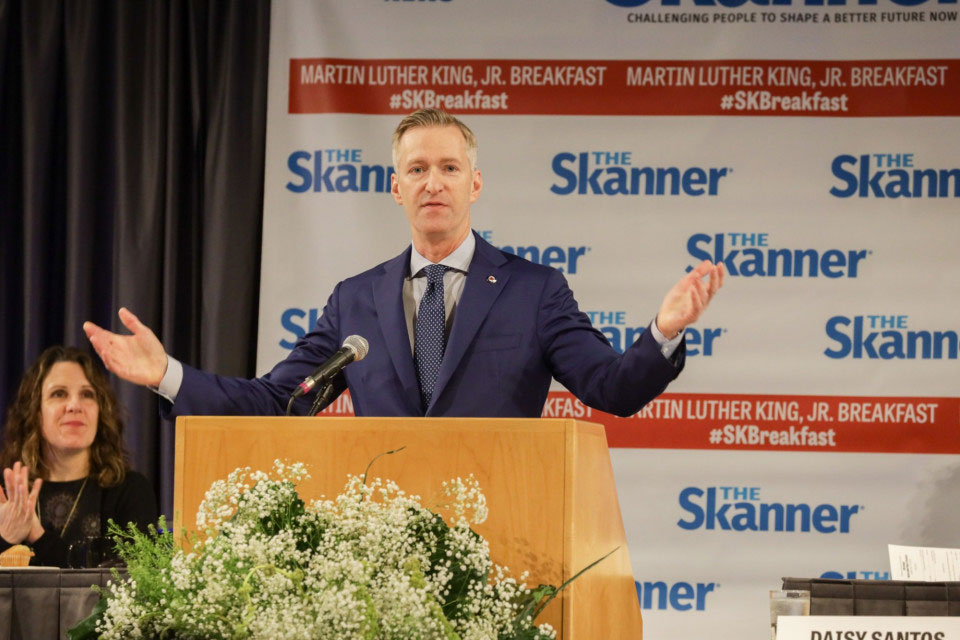 Sen. Lew Frederick and State Rep. Janelle Bynum announced their general election endorsement of Mayor Wheeler, having also supported him in the May primary election. The endorsements came ahead of the  Democratic Party of Oregon Black Caucus mayoral candidate forum.

“Ted’s experience working with the city council and other elected officials, the police department, labor unions, and other leaders across the city and state will allow us to stand up and get through what is happening right now.
“Ted has experience in making decisions, and knows how to bring people to the table with honesty and integrity. This is why I support Ted Wheeler for reelection.”

“Ted has brought people together to denounce hatred, recognizes that we are facing a reckoning on racial justice, and has worked effectively with the Office of Equity and Human Rights.

“Like myself, he was born here and loves this city, and I believe that Ted can bring Portland together around our shared values. Ted is not a politician, he’s a public servant, and I support him because of his dedication and willingness to step up and lead.”

Sen. Lew Frederick
“Voting for Portland’s mayor revolves around governing for all of the city,” said Sen. Lew Frederick.
“I expect disagreements. I also expect knowledge and experience working through those concerns.

“Ted Wheeler consistently shows not only the rhetoric of a vision for our city, but takes direct actions to make a difference, even when it is difficult.”

State Rep. Janelle Bynum
“Portland needs the stability of continuous leadership at a time like this,” said State Rep Janelle Bynum. “Ted has the business acumen to lead us back to a strong economy. His rhetoric has never been divisive, and he has always tried to be a unifying force in the community, which is the leadership we need to come out of this stronger.

“Ted has tenacity. He has always been willing to take the hard knocks and has never walked away when things got difficult. Ted’s genuine love for his city and respect for the people of East Portland makes him the leader I want to see representing all of us in city hall.”

About the Legislators
Margaret Carter represented NE Portland in the Oregon House of Representatives from 1985 to 1999 and in the Oregon State Senate from 2001 to 2009. She was the first African-American woman elected to the Oregon legislature.