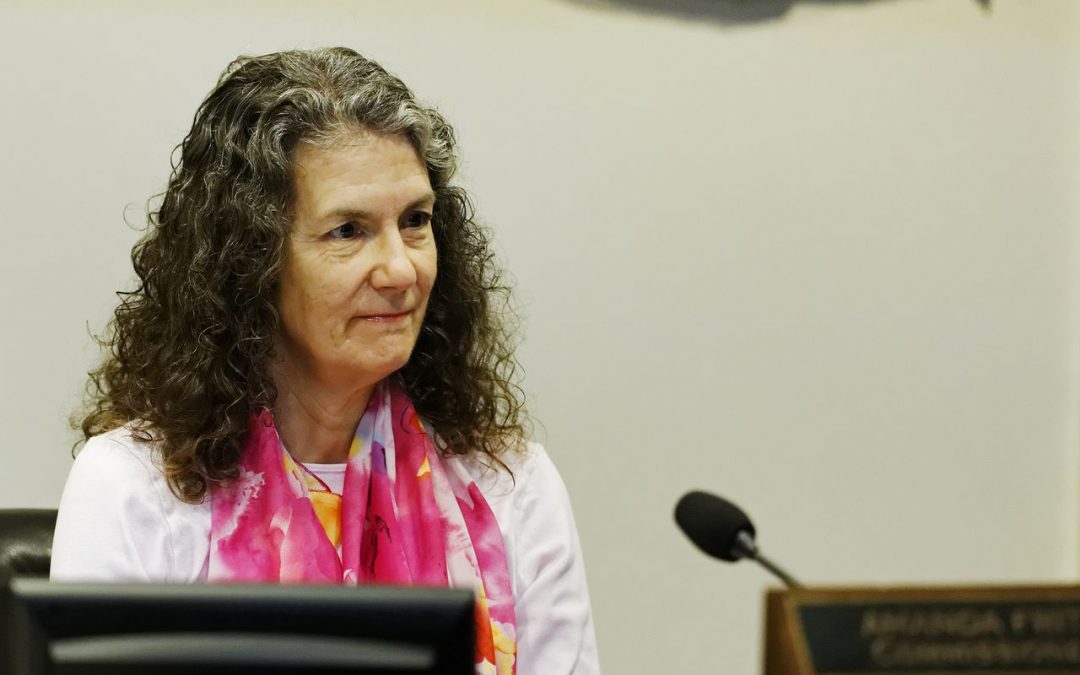 By Everton Bailey Jr. | The Oregonian/OregonLive
Portland Commissioner Amanda Fritz says she’s endorsing Portland Mayor Ted Wheeler’s reelection campaign. He’s the only person the outgoing commissioner has publicly supported amid this election cycle and the endorsement comes one month before the ballots will be tallied.

In a statement Friday, Fritz cited Wheeler’s leadership through multiple issues facing Portland, his familiarity with the challenges the position faces, his willingness to remain at the helm in the face of widespread criticism and the city’s need for stability among her reasons why the incumbent should remain mayor for the next four years.

“We are in the middle of multiple crises,” Fritz said. “At such a tumultuous time, we can’t afford the learning curve and time it would take for yet another new mayor to figure out how services are provided and managed in the city of Portland.”

Fritz, the longest tenured member of the council, said she didn’t endorse anyone previously because she was overseeing the city’s revamped public campaign financing program. She said it will now be under the direct oversight of her chief of staff, Tim Crail.

“I believe this election is too important for me to sit out,” Fritz said.

Wheeler did not apply for public campaign financing but his runoff opponent, Sarah Iannarone, is enrolled in the program. So are the participants in the other November council race, incumbent Commissioner Chloe Eudaly and Mingus Mapps. A previous version of the program helped fund Fritz’s run for City Council in 2008.

Fritz opted not to run for reelection this year after 12 years in office. Her term ends Dec. 31.

Fritz’s announcement comes after Commissioner Jo Ann Hardesty said Wednesday she wasn’t endorsing Wheeler in the general election due to his decisions as police commissioner overseeing four months of nightly clashes between officers and demonstrators. Hardesty backed both Wheeler and Eudaly in the May primary.

The other two sitting members of the City Council, Eudaly and newly elected Commissioner Dan Ryan, have not made endorsements in the mayor’s race. Ryan joined the council in September after he was elected to complete the two years left in the term of late Commissioner Nick Fish. Commissioner-Elect Carmen Rubio will succeed Fritz in January. She won her seat in the May primary.

Portland has had five mayors since 2000, Fritz said in her endorsement statement, noting that all had struggled in their first terms. She said she believes Wheeler’s first term will make him a more effective leader if reelected.

“Each mayor I’ve served with started the job believing they had all the answers and everyone would fall in line,” Fritz said. “Portlanders don’t work that way, and neither does the council.”

Fritz also said turnover in police leadership has also contributed to ineffective reforms to change he bureau’s culture. There have been eight Portland police chiefs, including on an interim basis, over the last 20 years.

“We need a mayor who considers all perspectives,” Fritz said. “Ted has learned about the issues and is committed to the hard work of addressing them collaboratively and comprehensively.”